This presentation is for the CPA 2018 conference in Dresden. It is a “fringe presentation”, meaning that it is informal and has not gone through standard peer review, ie it is my sole responsibility – even if I have signed the Author’s Declaration about it. The title is meant to be laborious to exhaust the problem I try to unravel: 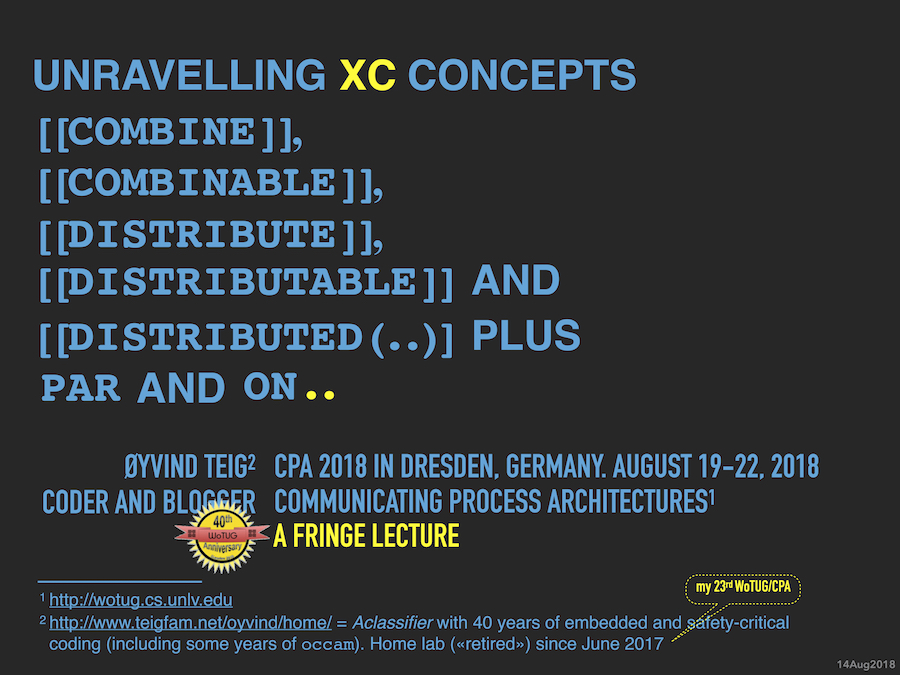 Press picture to run it in Apple Keynote. A PDF export for reading pages and printing is here – and with all build stages here. I also have a PowerPoint .pptx export here (I’m not certain how well it runs).

Below is the Abstract. It will appear in the conference proceedings (press picture to read PDF): 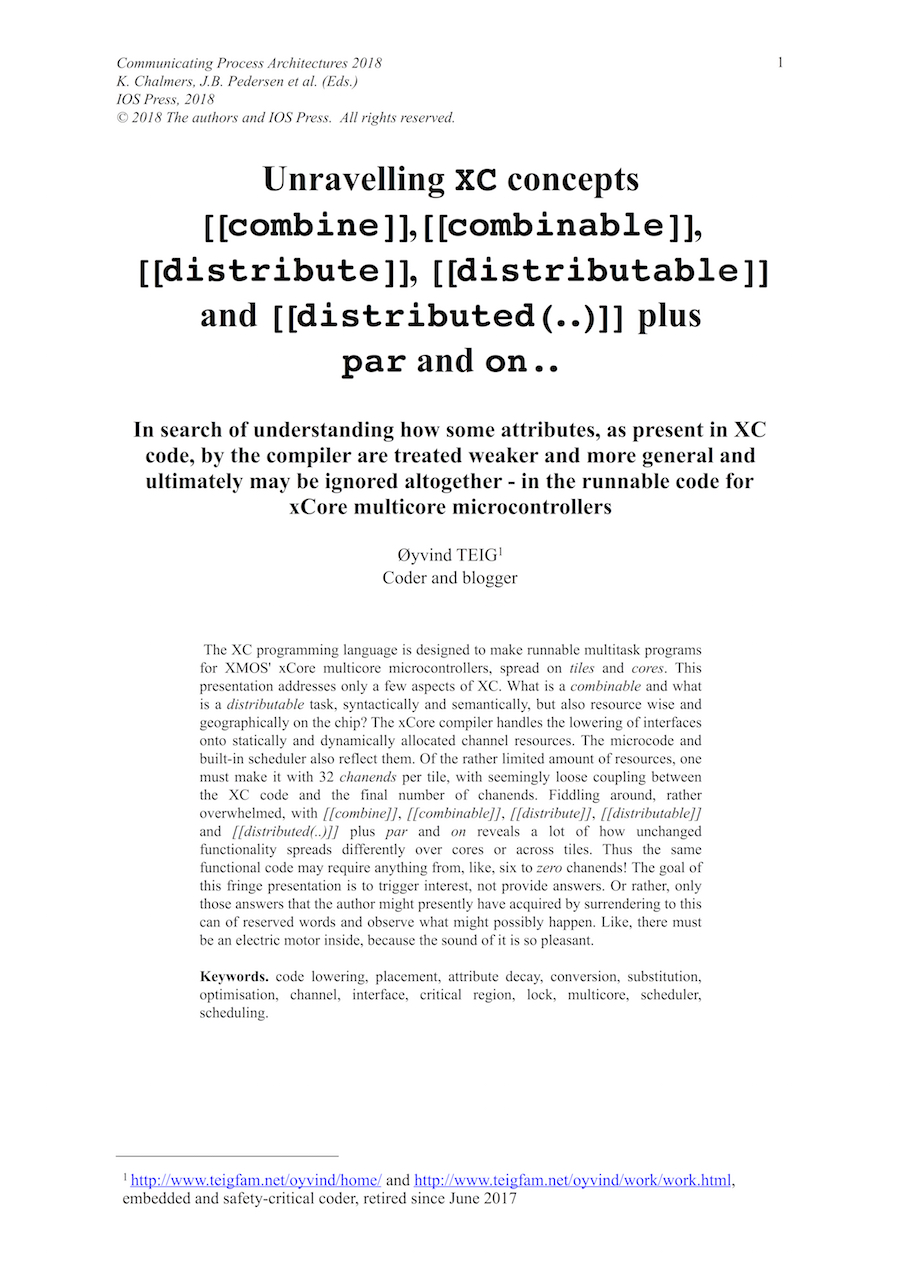 Here are some of the comments that were given during and after the presentation plus when chatting with people. I did the presentation in the Campus Bar with a very long hdmi cable to the projector. So I should have kept to the around 20 lines per slide, since my code examples became blurred. Process, task and thread are the same thing here. But hw thread is another matter:

This is just speculation!

Will the concept of a distributable task come from the year 2000 paper by Davis et al when they worked at Realogy (ref 1 below)? They introduce a “one-shot task” there. And this seems to have been picked up by Rivas et al in 2019 again in a suggested Ada profile also called “one-shot task profile (ref. 2 below). They also presented an Ada runtime called M2OS.

I discovered this when preparing the 2019 invited lecture at NTNU. Here’s from a page in that presentation: