Plus POM-plastic cramps that I made for the scope box and the BNC port adapter. 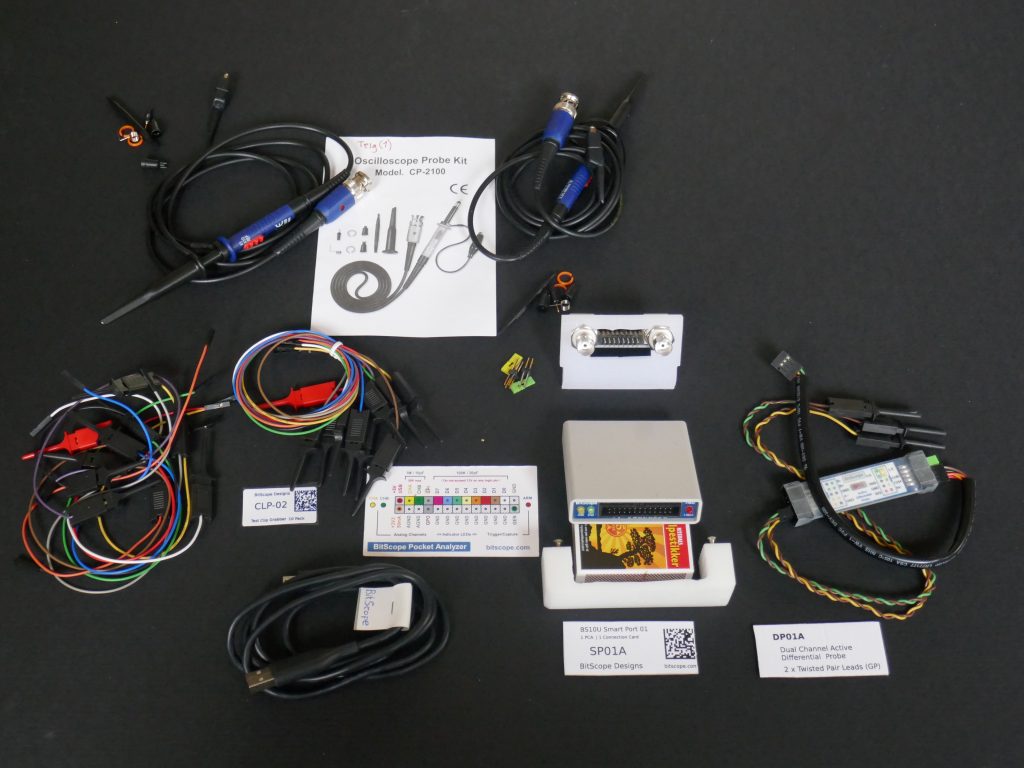 I also added a PicoScope to my desk (Sep2017). See below, here. And after that (Jan2019) I bought a SIGLENT desktop scope, see My SIGLENT scope log

The precursor to this note was my need for an oscilloscope as disclosed while I was writing the My XMOS notes, and my limited research comparing two scopes in the A scope to fulfill note. I ended up here. You may read some initial matters on the BitScope BS10 in the latter note. This note should then be whatever comes my way when I start using:

I have also downloaded these:

Disclaimer 1: I have no association with BitScope and there is no money involved neither with this nor any other blog notes of mine. (Well, that’s not completely true: I have happily bought a BS10 etc. from Australia!) Here I will blog about my experience with this, and see what is and what might be in it for me. Disclaimer 2: I am no oscilloscope specialist!

I’d like to have this on the BitScope. In a support may they say I should watch this card. It uses PiLab, their open platform written in Python for the BitScope Virtual Machine. Python has become popular also for this kind of work. By the way, here’s an exciting library for multithreading in Python: PyCSP. Here’s is what I mean:

The curves below are measured on old matter that Autronica obsoleted in new products some years ago, published in the early eighties. It may be measured on site on any Autronica fire detection loop’s detector. There are millions out there, so this is no secret! Autronica had the first addressable fire detection loop, already in the late seventies. The panel was with discrete logic only, but the subsequent BS-30 and BS-100 had several processors each (also called BS30 and BS100, around 1984 and 1990). 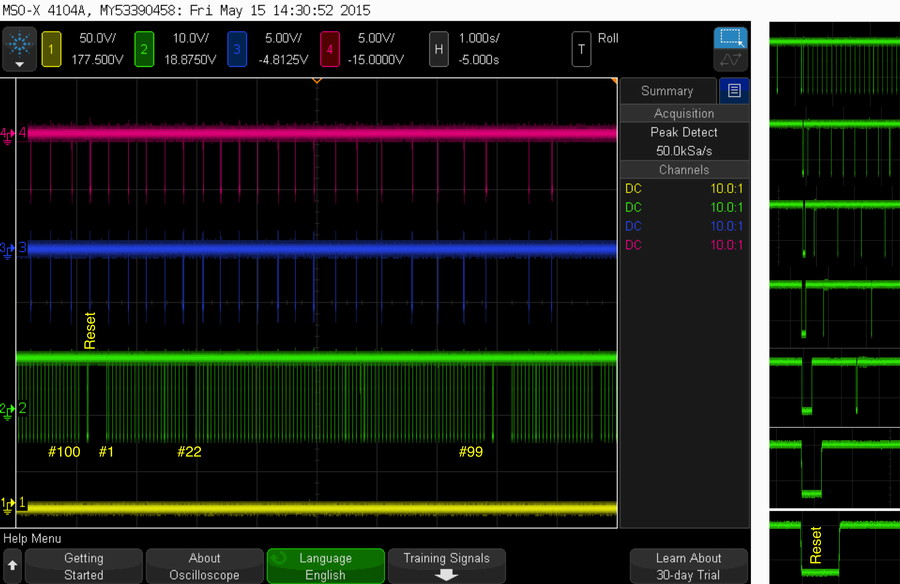 Issues that caused me to also invest in a PicoScope

After a couple of years on and off usage of my BitScope I have ended up with some issues that caused me to invest in a PicoScope: