Some of my woodwork: Previous – Overview – Next
Jewelry boxes: First –  Second – Previous – Next
Published 20Nov2014 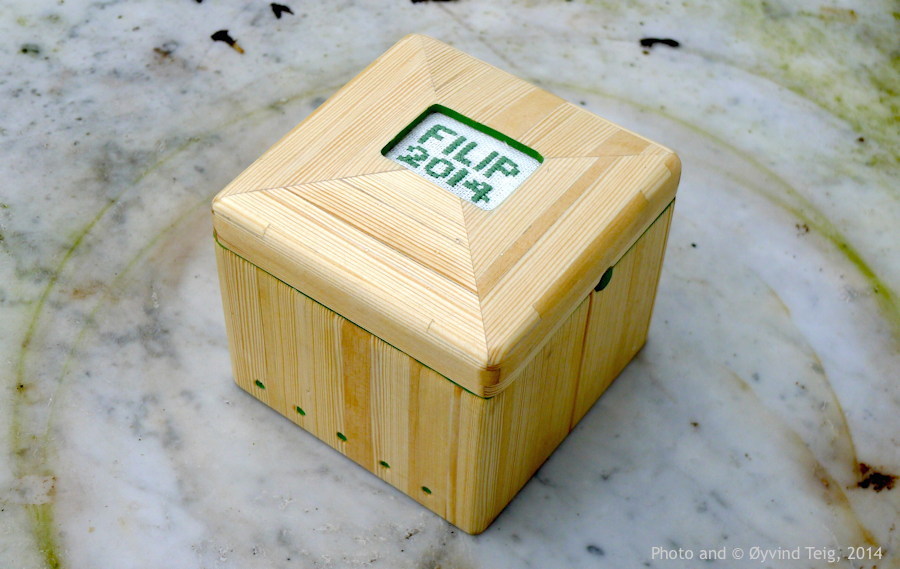 Figure 1, in the drizzle (press for fullpixel)

This is a jewelry box for another grandchild. It’s made entirely of pine lists 4 x 12 mm. I used my router to cut the sides 45 degrees and then glued the sides and pieces for the top. This increased the strength of the gluing, but it was somewhat difficult to glue in such a way that I didn’t need to sand too much. With 4 mm there isn’t much to lose. The trick was to side-press them together so much that it didn’t create visible glue lines and so little that they didn’t raise from the surface. Of course, I applied pressure also to help this last point.

I decided to make the bottom differently from the other small jewelry boxes. It’s now zigzag instead of plain. I thought it would be easier to pick up small jewelry that way. I cut the bottom so that pieces in each end made small dowels. I used them as visible placeholders that I glued into the box at the same instance as the box was glued. It couldn’t be inserted afterwards.

This time I made the top tilted like a low pyramid. A bolt in the middle served as distance keeper when I glued. When it was finished I cut it into the square sides. You can study the result in the top picture around the corners. The solidity is visible this way.

I decided (after having discussed it with my wife Mari) that the window on the top should be cut out by a small offset from the top. The small internal box that is lifted by a rod that I also made asymmetrical. In total the box now has direction: something is “in front”. This little box sits on internal 45 degree vertical lists in the corners and by the circular half-hole for the rod.

The final touch is Mari’s green embroidery of name and year, made with cross stitching. The top has an extra layer to hide the name plate. The textile was bent around a paper and sliced into the window from underneath. I hope the little grandson will not feel tempted to push it out! 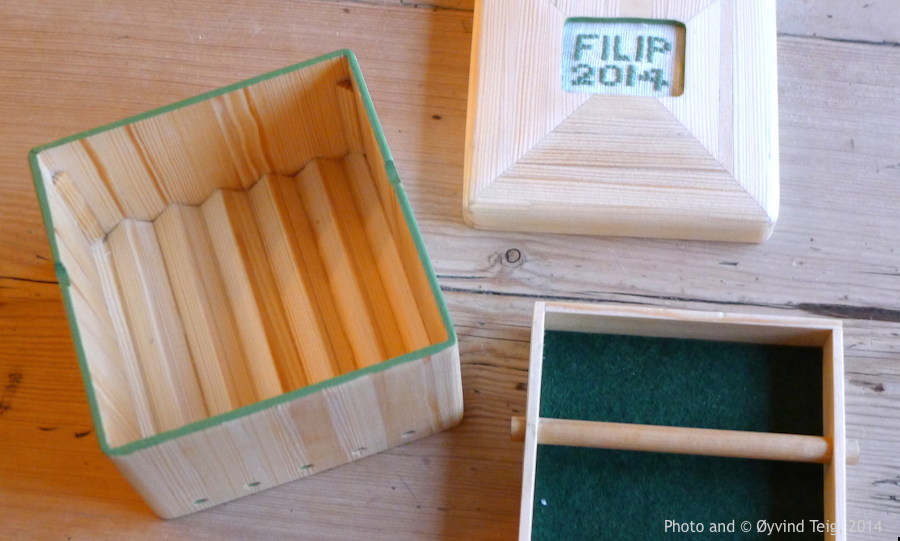 And then the green painted details. Finally, the case was treated with beeswax on all the other surfaces.

Three other jewelry boxes are here, here and here.

©2014 – Original design and woodcraft by Øyvind Teig, Trondheim, Norway. Please help me with the English terms here, I’m not a woodwork-English specialist.