Published 2Jan2020. Updated 26May2020. This note is in group E-FUN and My FPGA pages. It is not about my own work. I have simply dissected a controller box I bought and scoped it. Please see the Disclaimer (below).

This blog note shows how a string of four colours of LEDs (white, light-green, red and blue) are controlled. Each LED has only one colour. I assume that this is some standard way of doing it. It is no less new to me, and quite smart. Of course, this is based in the fact that a light-emitting diode (LED) is a diode, which means that when it is off there is no current flowing through it, as long as one keeps the negative voltage below some breakdown voltage – in which case the LED is fast destroyed. 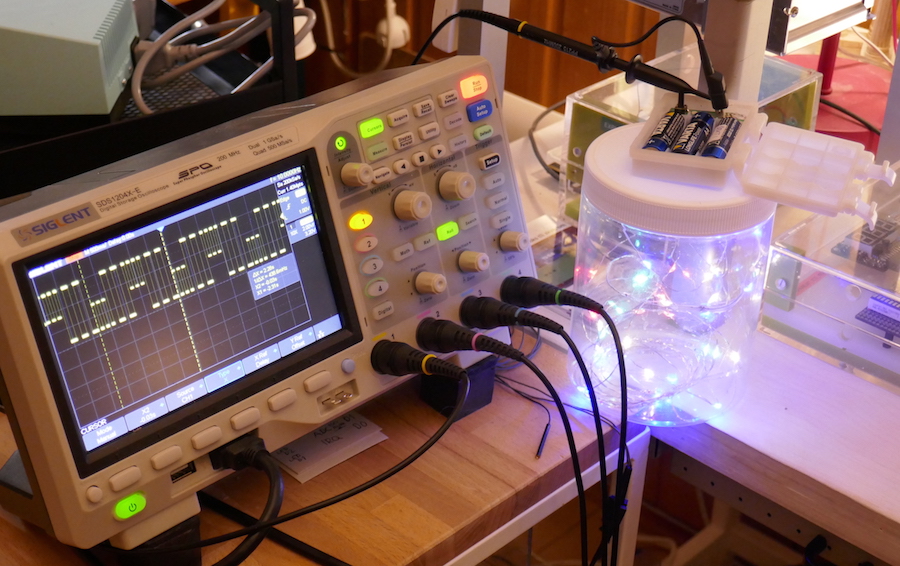 Fig.1 – chasing/flash and controller box, plus my Siglent scope. The camera overexposed so that all LEDs look more r less white (press for more pixels)

The battery controller box with an “863D 171204” 8-pins chip (that I have been unable to track, but to me it smells of something that started as Verilog/VHDL code, was tested in an FPGA and ended as this custom chip), a push button, a capacitor and a 32768 Hz crystal – also contains 3 AA cells for a total of 4.5V. In a nice double hinged box with a silicon gasket and two locks. The outgoing wire was sealed with silicon, the unit should work well outside, but I still wouldn’t keep it in the rain. The distance between each LED is 5cm, starting at 10 cm from controller for a total of 1.95m silver wire for the 40 LEDs.

The crystal was not labeled, so I had to scope it. 32768 divided by a 15 bits counter yields a tick per second, standard for all clocks.

A shop had loads of them left after Christmas at 70% reduction (=15 NOK = 1.5€). So I bought 6, mostly for the wired LEDs and the box. My wife and I agreed that the light may be ok for a night, albeit on one of the slow modes. However, for me the electrical design was the most interesting thing. 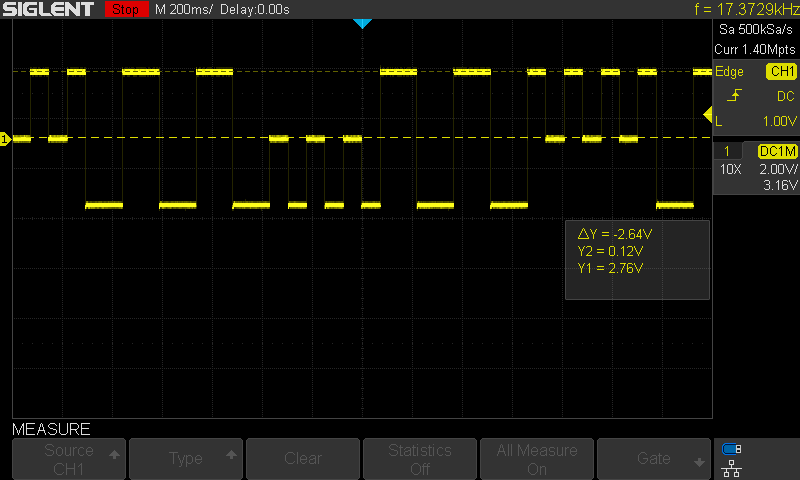 The switch would toggle through “8 functions memory”: combination, in wave, sequential, slo glo, chasing/flash, slow fade, twinkle/flash and steady on. Plus of course off. Finally, any function that’s not off will by a timer repeat every 24 hours (from the time it’s set) for 6 hours, with 18 hours of dark.

At first I thought that the LEDs were addressed, but the smart thing is that there are two pairs of LEDs that are soldered with opposite polarities: white-and-light-green plus red-and-blue. However, these are individual as four types: white, light-green, red and blue. Then the chip makes a middle voltage offset and then powers the two-wire line either plus-minus or minus-plus, with an amplitude of about 2.7V in each direction. In Fig.1 (above) you will see chasing/flash. It’s terrible to look at, but the first half squares pulse the white-and-light-green pair and the next full swing squares pulse all LEDs, while the middle, lower half square only pulse the red-and-blue pair. When pulsed they all look like being steady “on”. 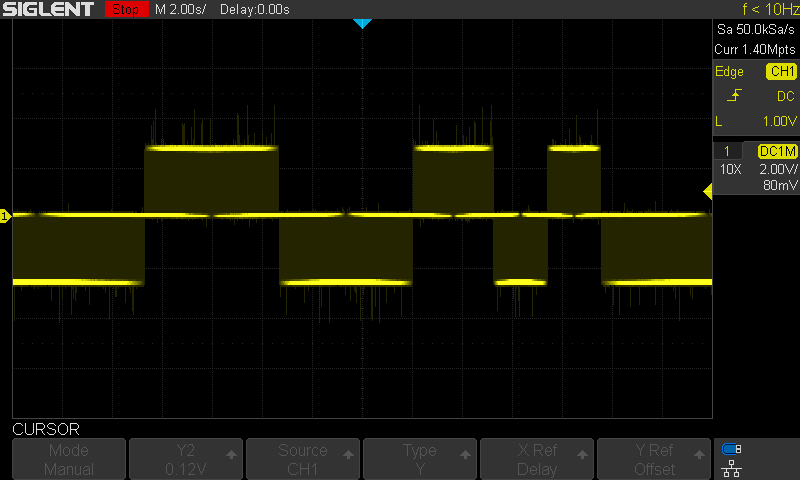 Then, to regulate the intensity a standard PWM (here) is used with an on/off frequency of 2.4 kHz (no scope picture of this, I must investigate further because 2.048 would be more understandable if 32768 is divided by 2 four times). This is what you see in Fig.3 (above). It would turn each pair of LEDs slowly on and slowly off again, therefore the half swings. With full swing all the time there would be slow fade, that then would have all LEDs on, but since they are all on at the same time they would then each only glow for half of the time. 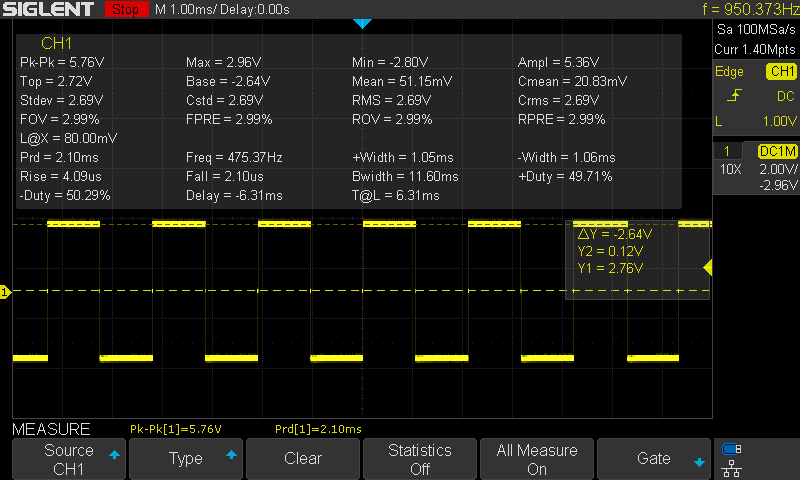 Fig.4 – all LEDs steady on with 50% available power for each pair

By the way. I did cut the three battery springs 2 mm to minimize the pressure on the rather thin contact set compartment walls. I have seen similar designs that did not survive the first battery change. I think this would, but just to be safe.

The label on the controller box has the following technical specification: 40L, 3V/15mA that probably signifies that the LEDs each have about 3V. I have not verified the power.

I have not revealed the text on the controller box’s label, which has model type and the seller’s name and (not mail) address. They don’t seem to have any web page; not on the label and not by searching. And besides, I did find another seller, who seems to point to another brand. The units seemed to be coming in the same transparent plastic outer box, and the contents looked the same. I assume that the product is an OEM (or VAR(?)), I mean  that the sellers can brand a product bought from a given manufacturer themselves. Even if the inside circuit board also is properly labeled I cannot find it on the web – just like the on-board labeled chip. But it’s made in China.

If this blog note violates anybody’s copyright or legal rights, please mail me and I will remove it. Also see my Standard disclaimer (here).