Published 3Aug2014. This page is in group Models.

This page has some additional photos. Lemaco / Lematec seems to have none; I assume because they are out of stock. But SWISS RAILCOLLECTOR has a fantastic series of pictures, see there (I have a PDF copy).

My intention was to be emotional about the pictures, I must admit. How could I not? 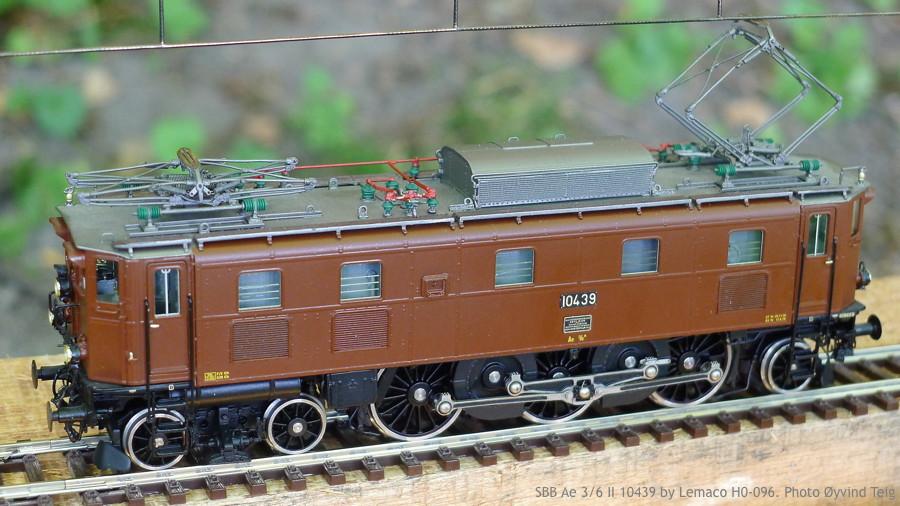 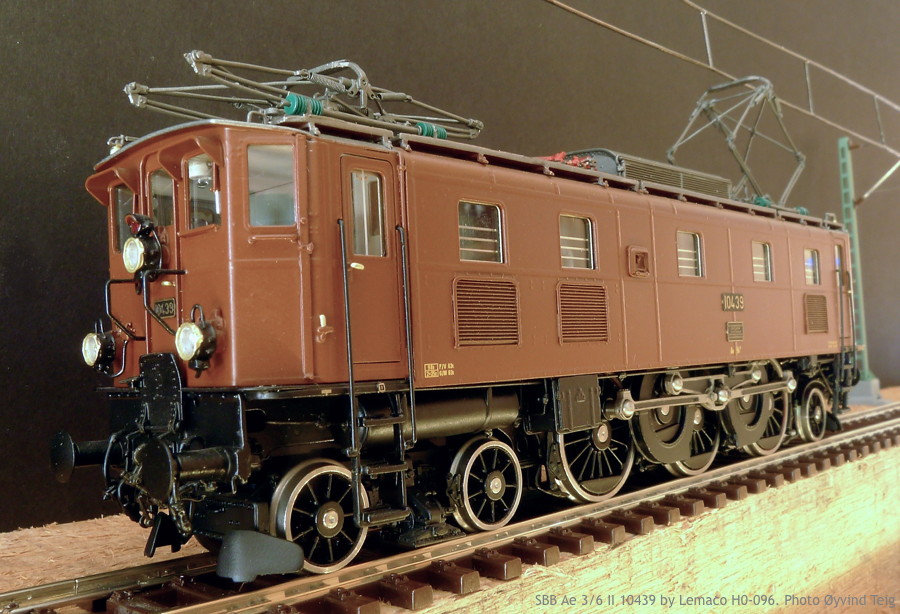 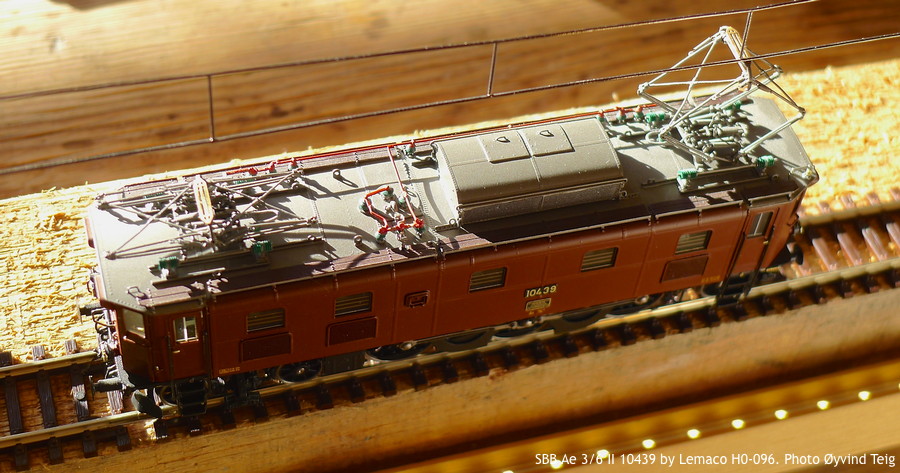 Trainspotted down from a bridge, in a sunny valley.

By the way, here you may spot my LED light list, used to lit the wheels on every picture I have shot. Even outside.

The pantographs are like on 10439, of course – but SBB seems to have used several types over the years. The LOKI-Magazine No 23 (picture on page 27, there) shows that the first loco 10401 did not have the hooks when it was new. You see three of them above. I wonder when they were added, and why?

Seen from the bank. Take care. 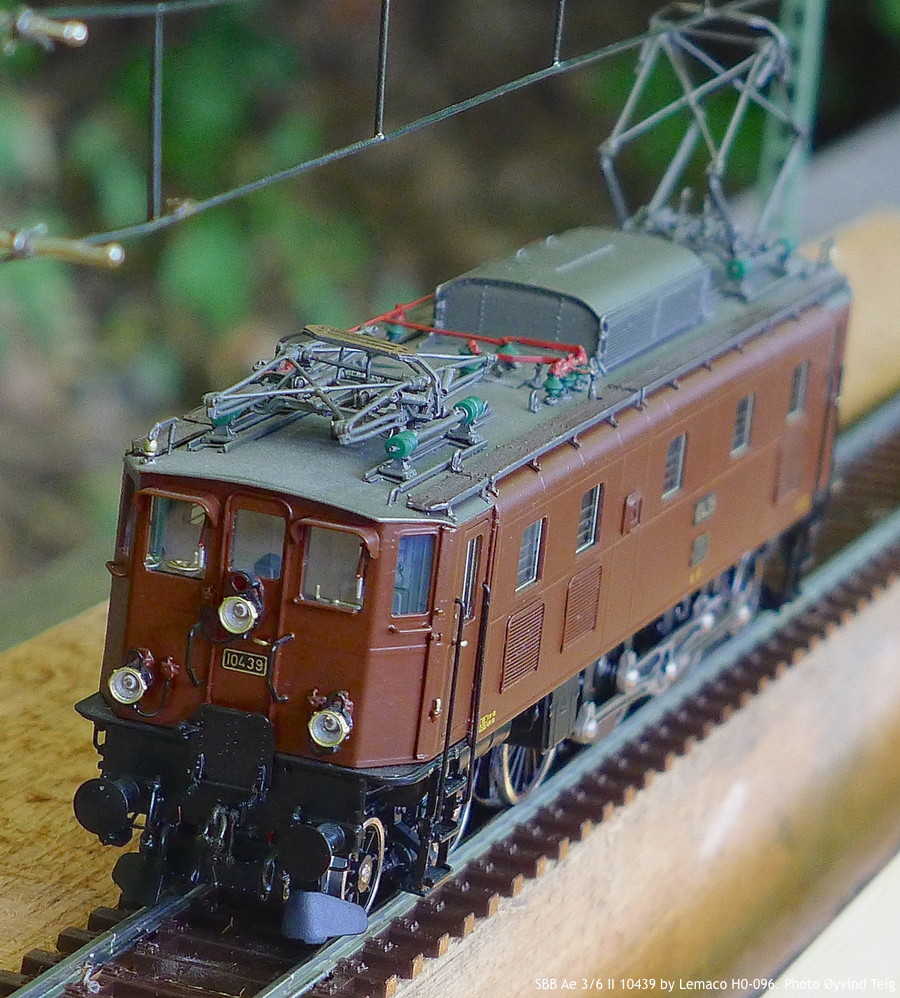 Power approaching. But where’s the driver? One detail lost.

A pleasure drive. Out for a picnic? In case, the doors should have been opened, since they may be opened inwards. Very nice. 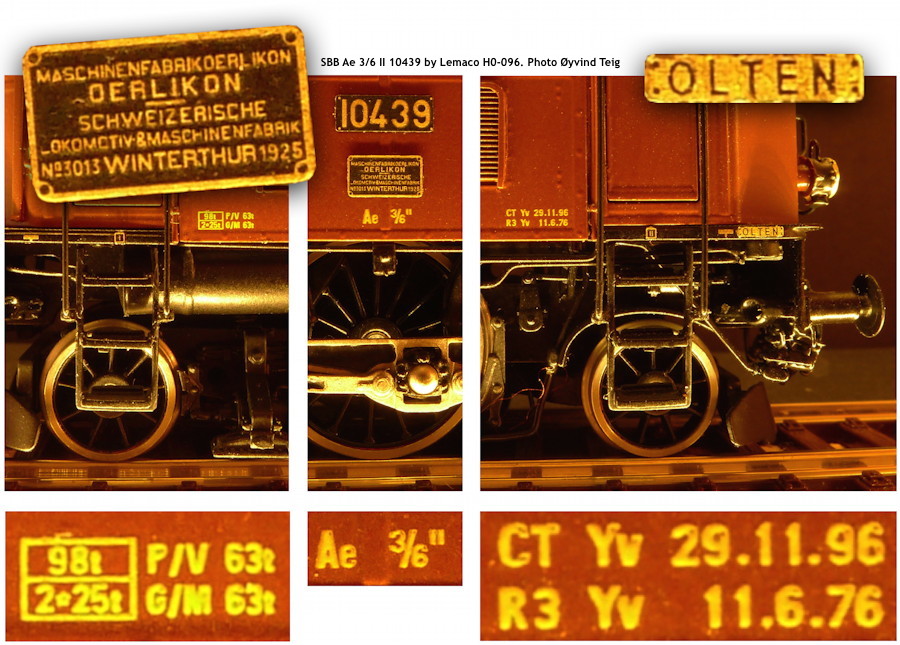 The revision number is already printed where the loco is described in words, see the references at the top of this note.

I have tried to show the accuracy of the lettering and of the main sign with “MASCHINENFABRIK OERLIKON. OERLIKON. SCHWEIZERISCHE LOKOMOTIV & MASCHINENFABRIK. No 3013. WINTERTHUR 1925”. The other main detail is the name of the depot, “OLTEN”. But the weight parameters are probably the most important of them all?

Of course, a scale model just cannot be made for Märklin 3-rail. There’s no sliding contact underneath a 1/1 loco, so it can’t be on a scale model either. Here we can even see the leaf springs of the driving wheels. 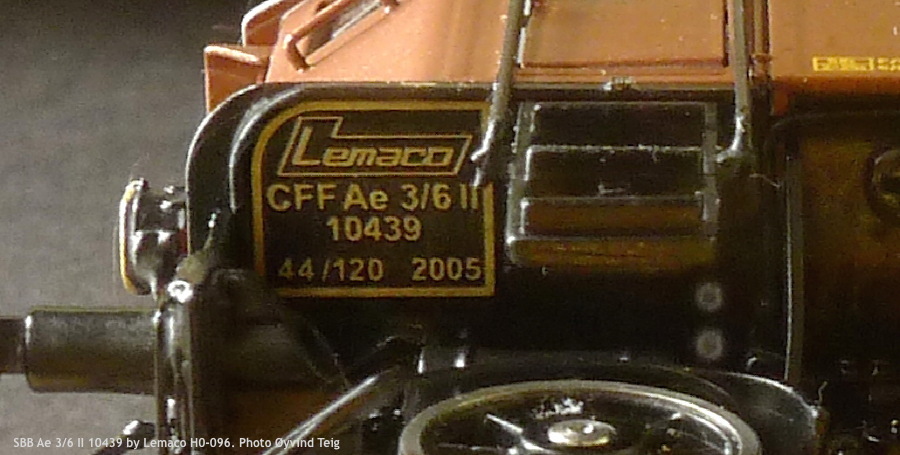 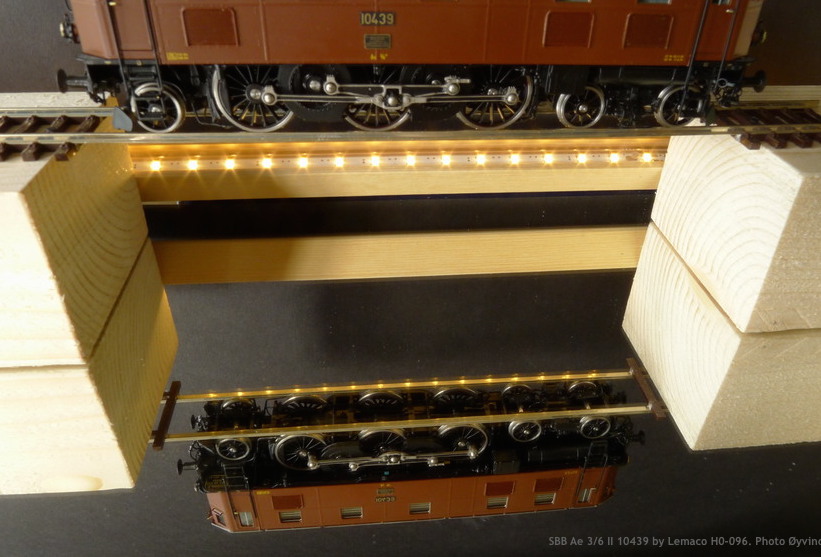 I did no feel like pulling the loco over to photograph its underside – it should look more natural than that. So I peeled the sleepers off a piece of rail and made a “bridge”. Don’t do this in full scale! Then I placed the loco on the bridge, but before that I had placed the whole installation on a mirror. The Roco rails did not bow down.

So, figure 10 and 12 are shot through the mirror; but I haven’t mirrored the pictures back – except for the number plate in figure 11. I tried with and without my list of LED lights and there was no doubt, I had to use them. It’s visible on Figure 12, but on Figure 10 it’s not visible – just the effect of it.

Movie of the spring-loaded model :-:

Pressing the below picture will immediately start download of 11.5 MB! But if you are curious of how the axles are spring-loaded then help yourself: 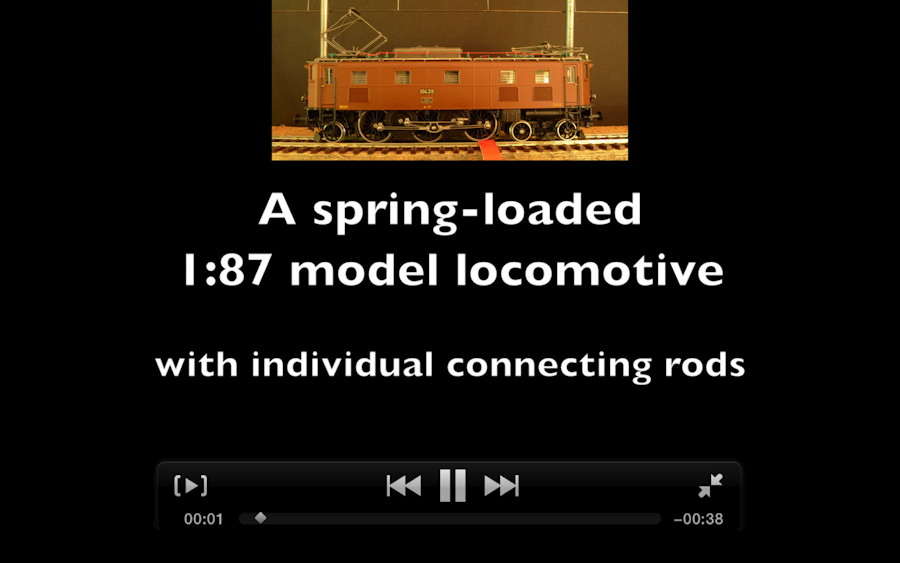 All the pictures are shot with a Panasonic Lumix DMC LX5.